Best Vedic Maths trick for Multiplication – Vedic Mathematics is a term that has been around for a while and has grown in popularity in recent years not only in India but around the world.

Shri Bharathi Krishna Tirthaji is known as the father of Vedic Mathematics. Between 1911 and 1918, he discovered the methodology and published his findings in Tirthaji Maharaj’s Vedic Mathematics Book. Vedic Maths is a collection of sutras or techniques for efficiently and precisely solving Mathematical calculations. It contains 16 sutras or Formulae and 13 sub-sutras or Sub Formulae) that are used to solve arithmetic, algebra, geometry, calculus, conics, and other problems.

ALLEN IntelliBrain provides one of the best Vedic Maths tricks for kids in grades 1 to 8 (& above). They have a well-structured programme that allows for seamless integration with academic learning. Kids can apply the Vedic Maths principles they’ve learned to a variety of common problems found in school maths textbooks. They also have Digital Practice Material, which improves mental calculations and serves as a great source of concept revision for exams. Kids are given an E-certificate of course completion to boost their confidence and provide them with a sense of accomplishment.

Reasons why you should not miss Parent-Teacher Meeting 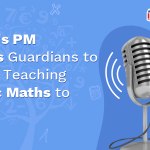 Difference Between Vedic Maths and Abacus – which is Better? How Can a kid Overcome Maths Phobia?